As the conflict in Ukraine rages on, we, the peace-loving people of the world, must raise our voices to demand a ceasefire and a negotiated settlement.

We will hear from some of the sharpest politicians, analysts and organizers around the world about how they view this conflict and what we can do to create a global movement to end this conflict. 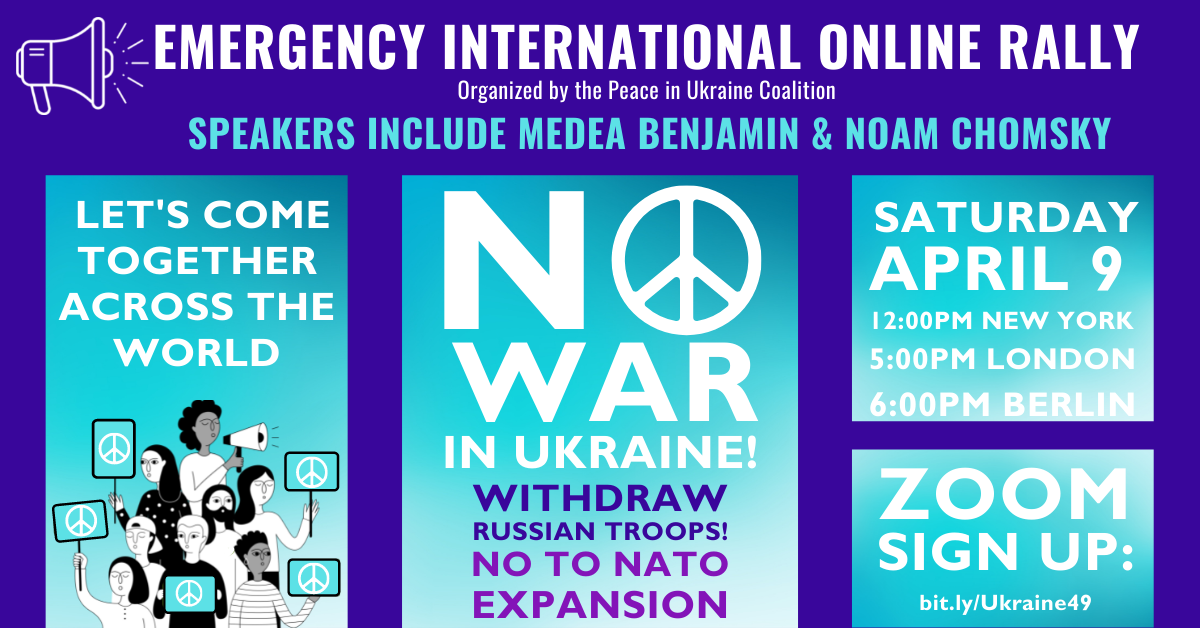