CODEPINK's Col. Ann Wright and Paki Wieland join the NO to NATO march before the NATO summit. 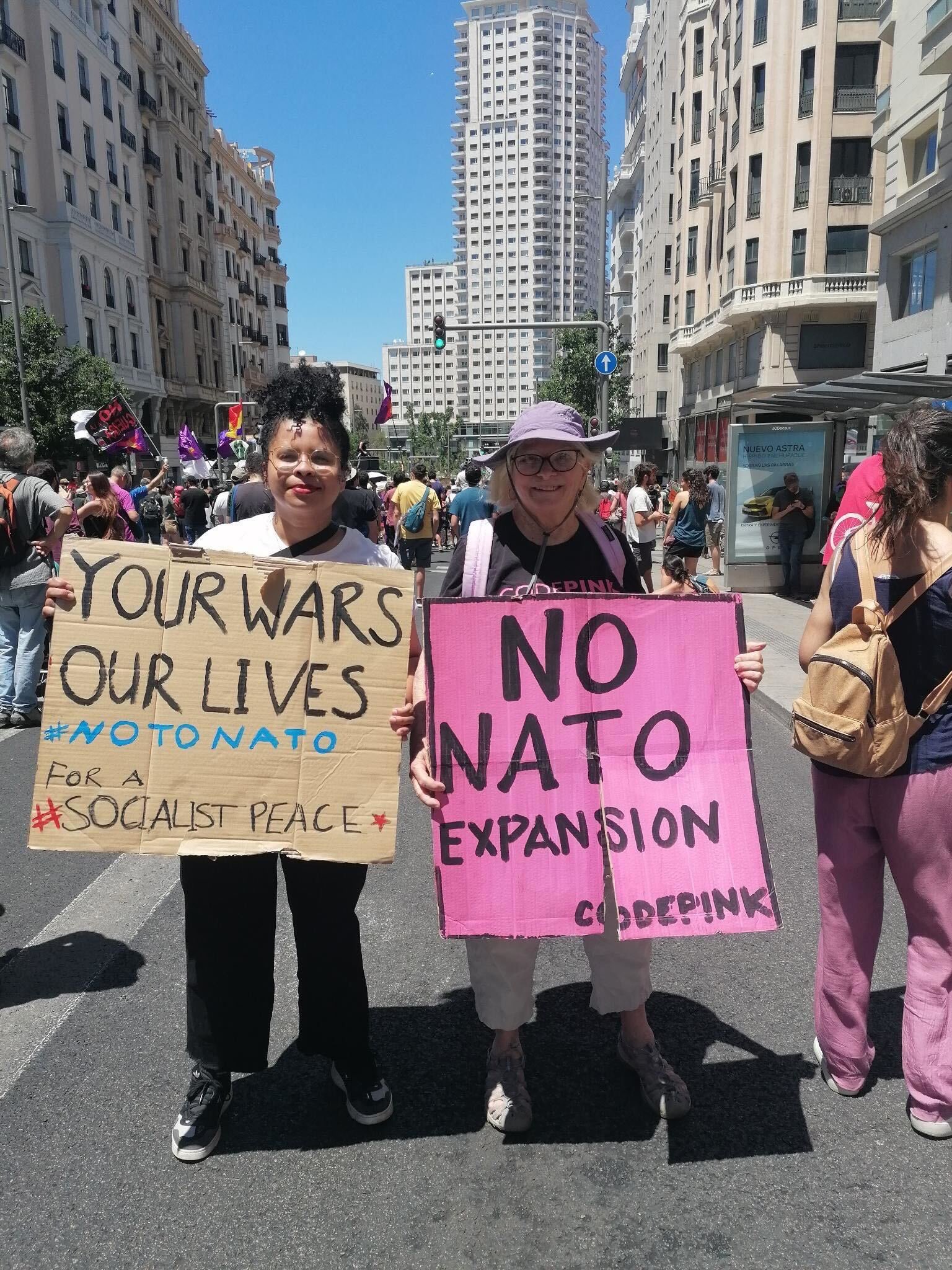 Organized by the Peace in Ukraine Coalition
Speakers included Palestinian Youth Movement, BAYAN, Veterans for Peace, UAWM, Democratic Socialists of America. Congresswoman Barbara Lee, the lone vote against the authorization for use of force in Afghanistan, voted to send over $20 billion in weapons to Ukraine.
Check out this KPFA Radio Spot on the action! 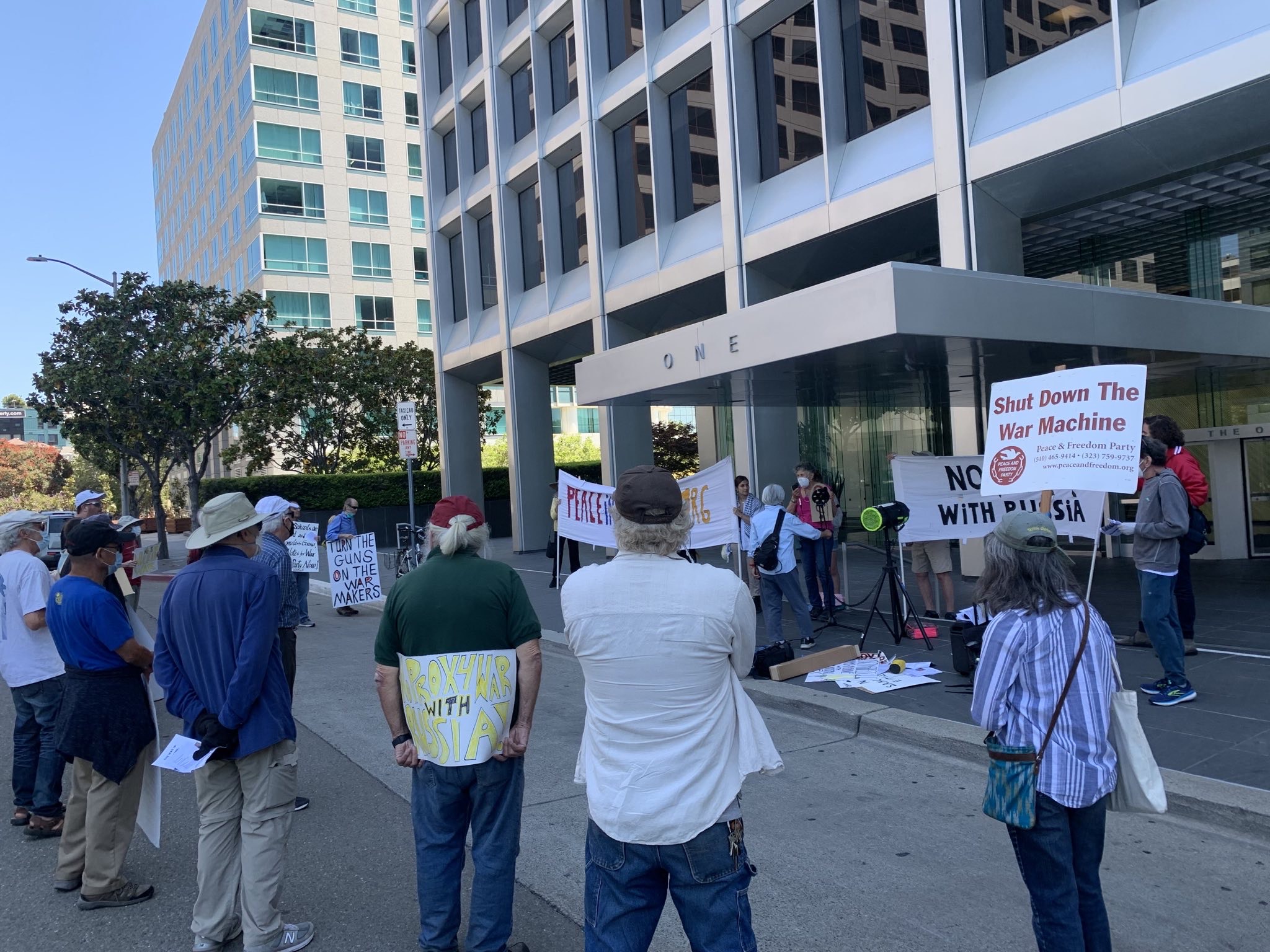 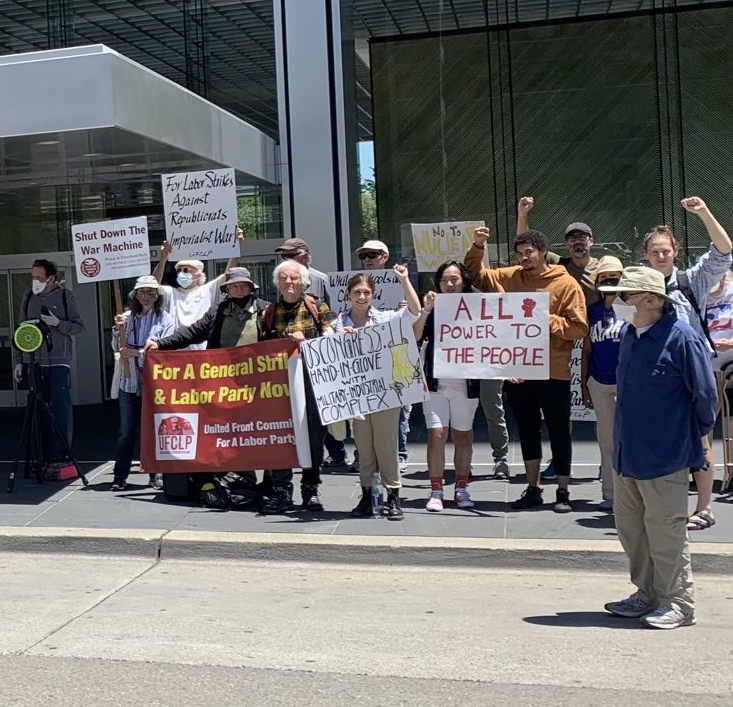 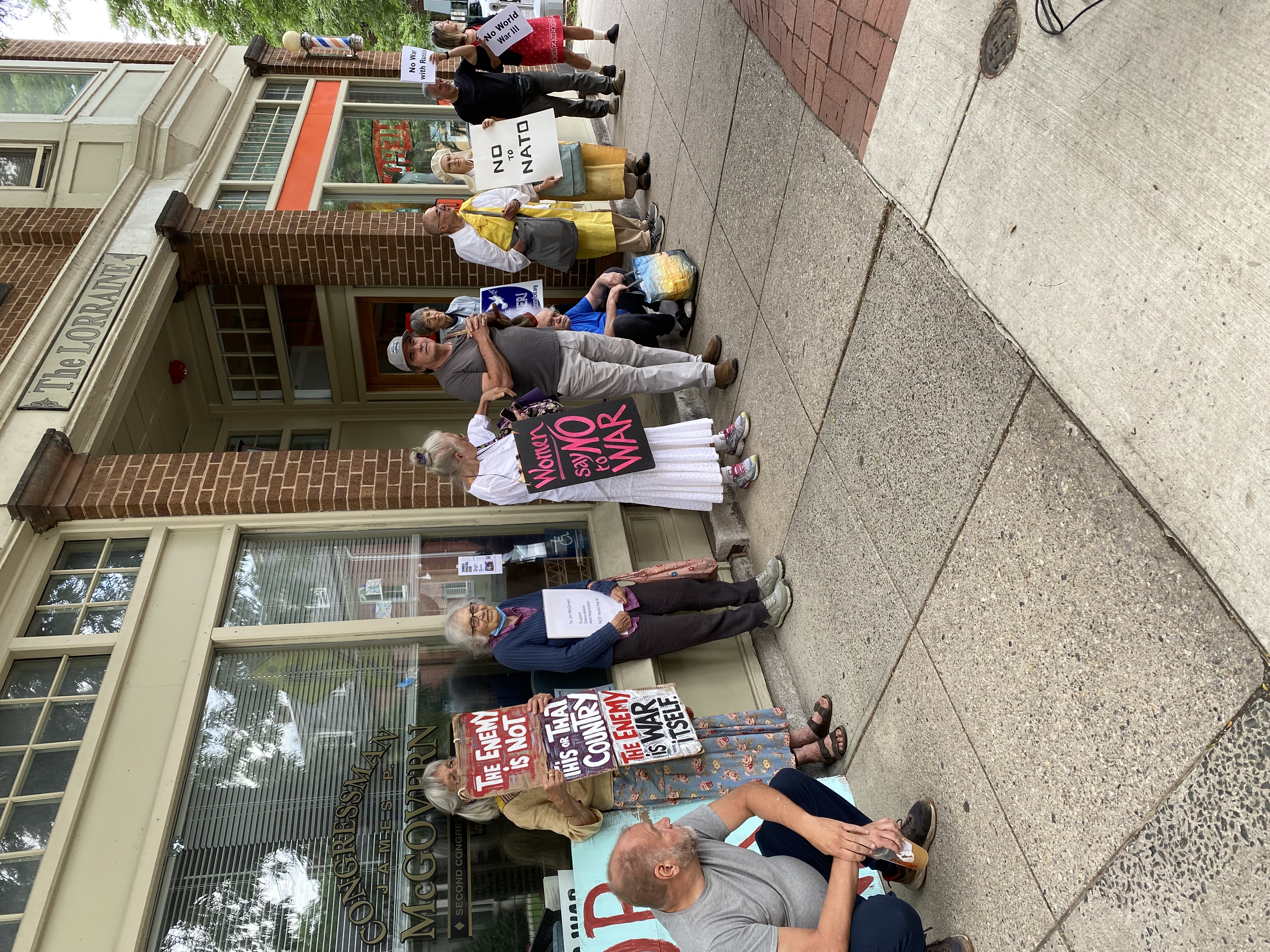 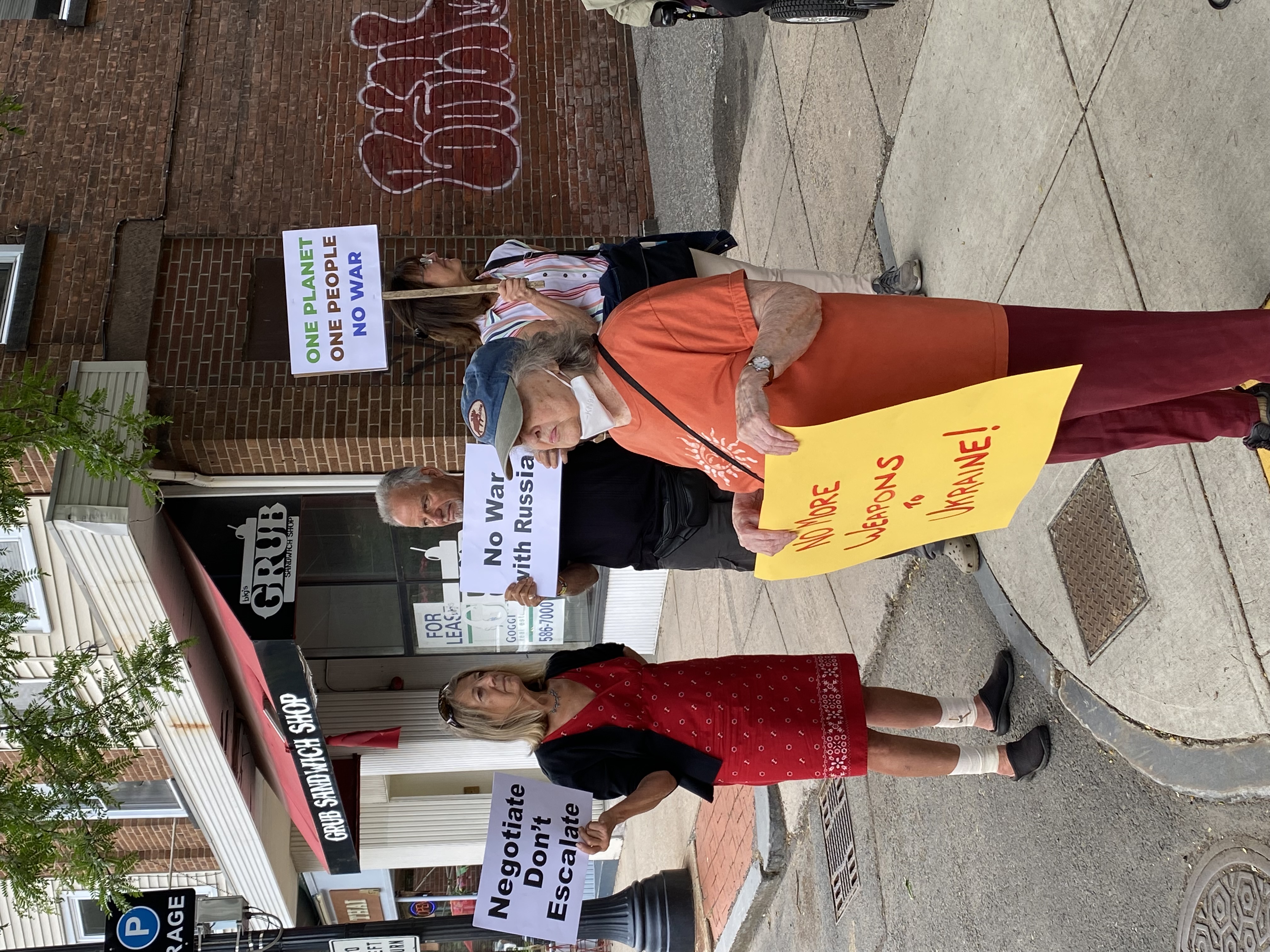 Flyering for Negotiations and De-Escalation in Ukraine

Members of Peace, Justice, Sustainability Now! and the No More War Coalition flyered for negotiations and de-escalation in Ukraine. No more weapons transfers! 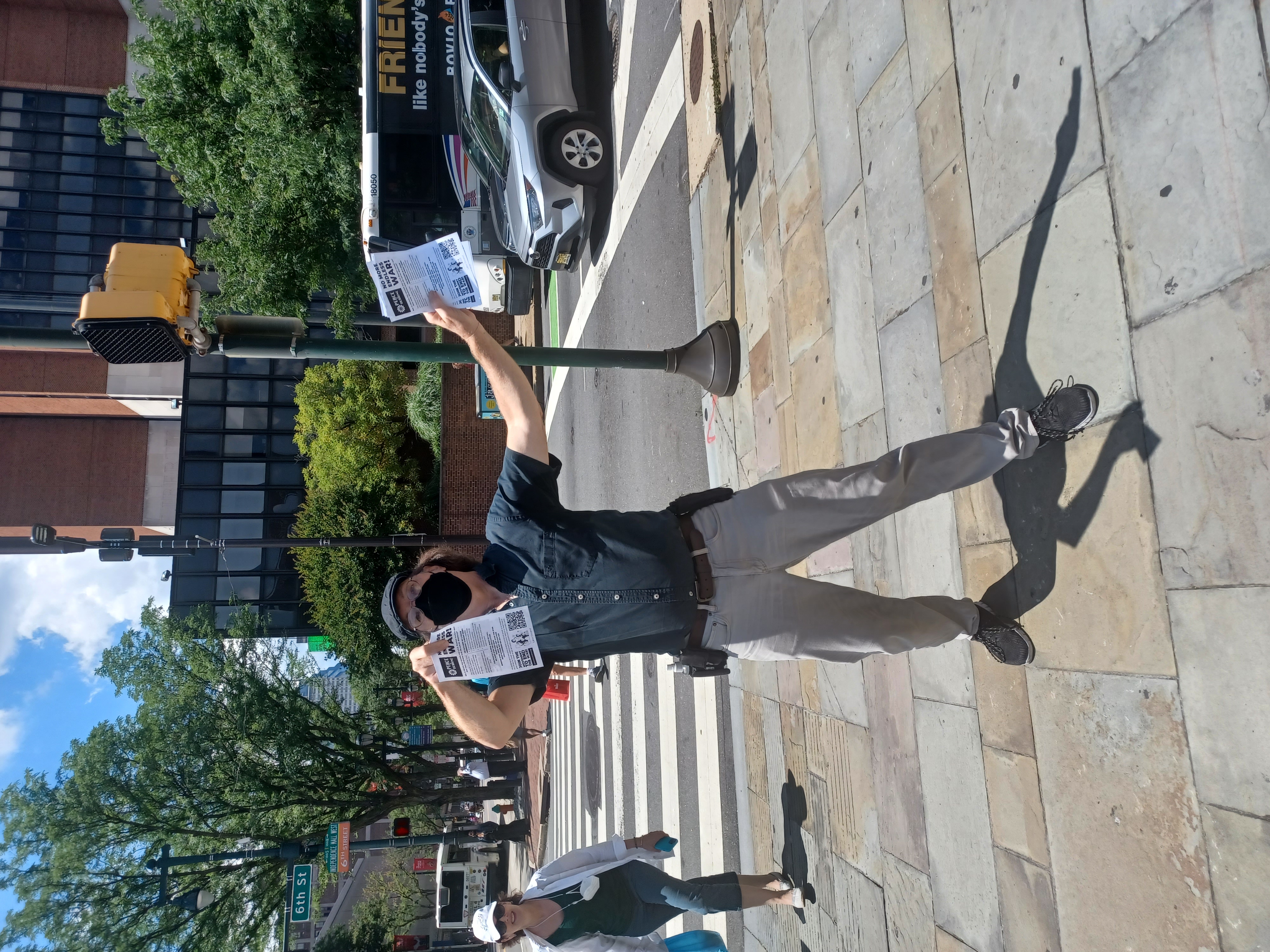 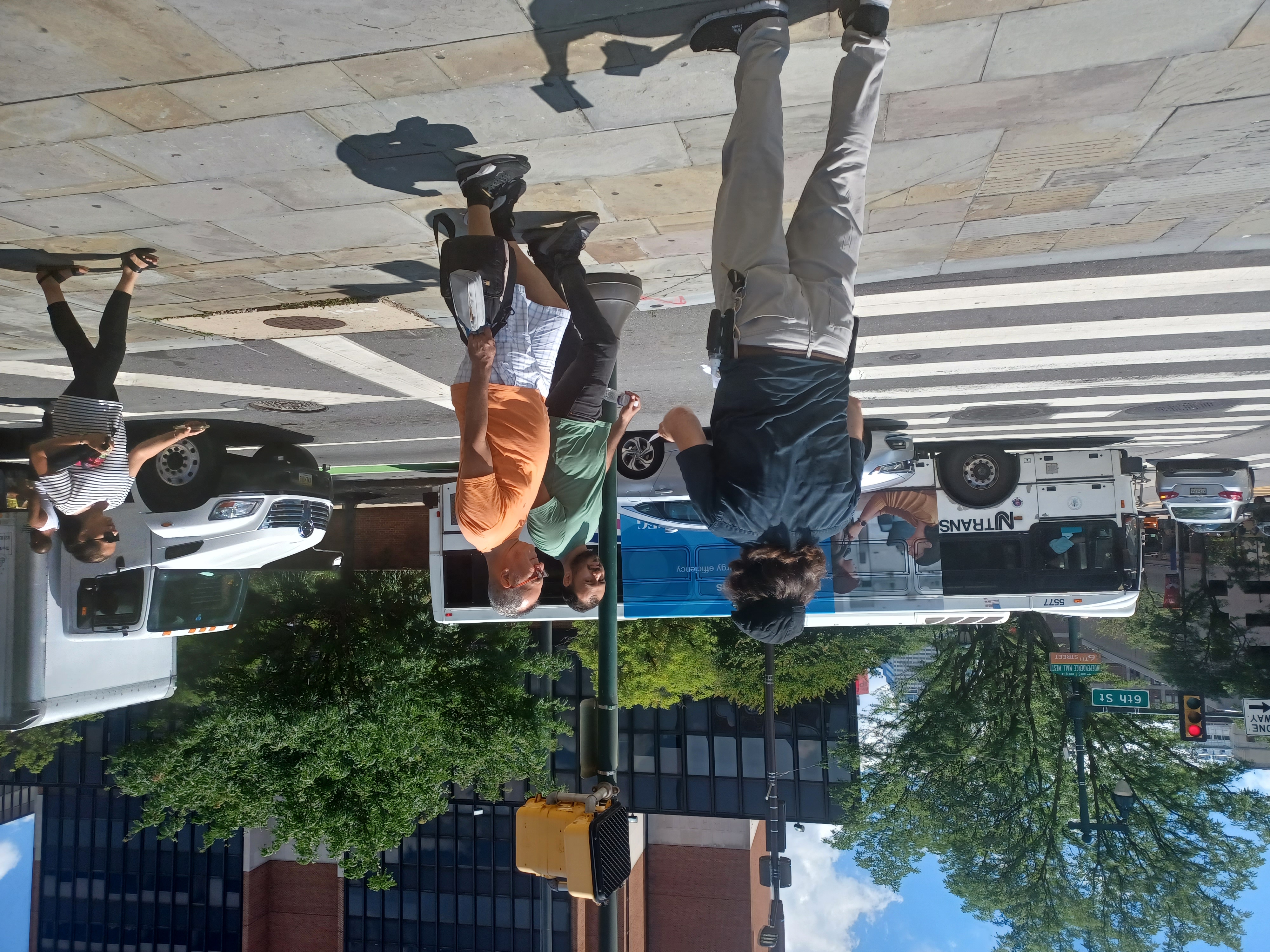 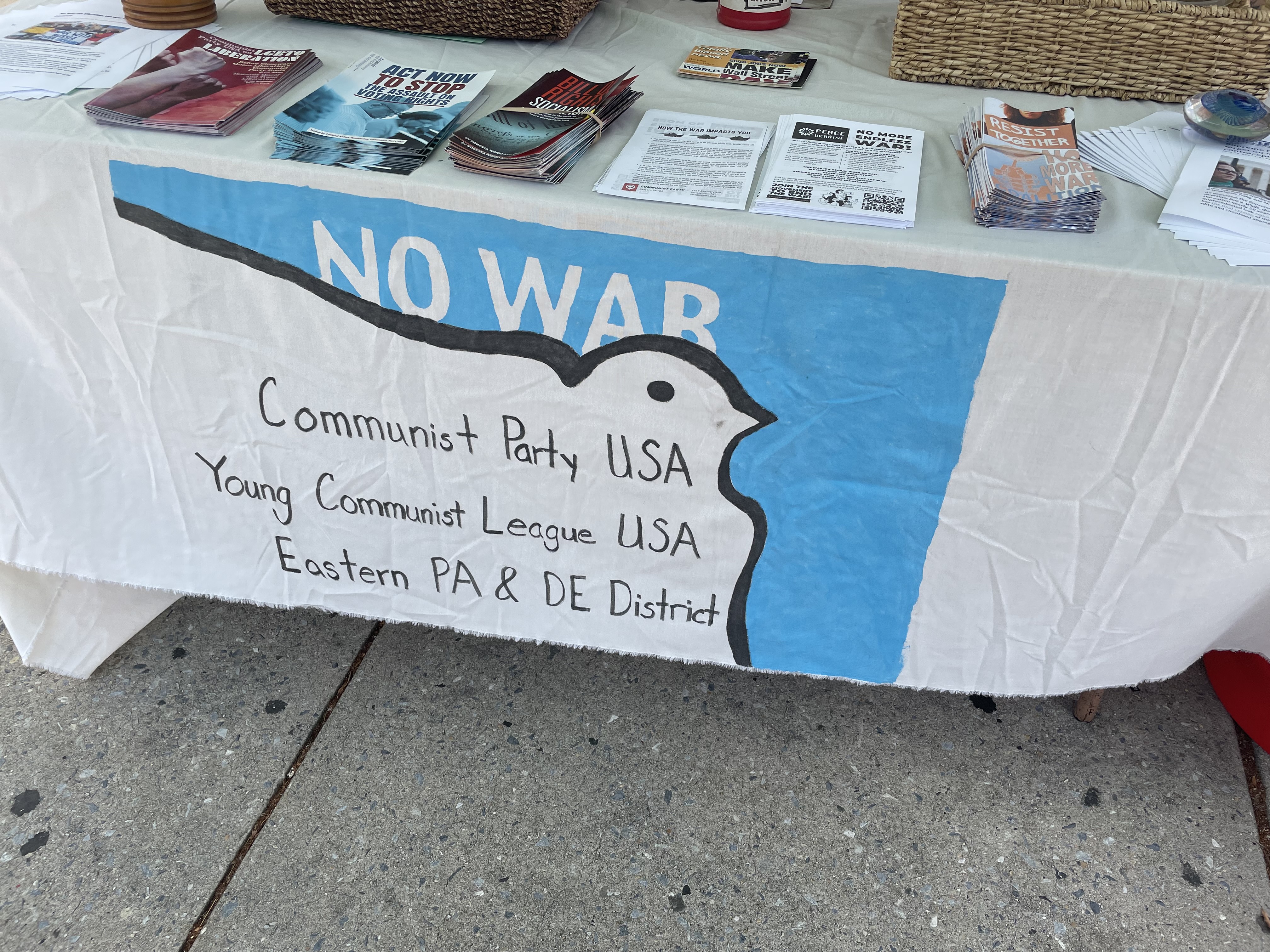 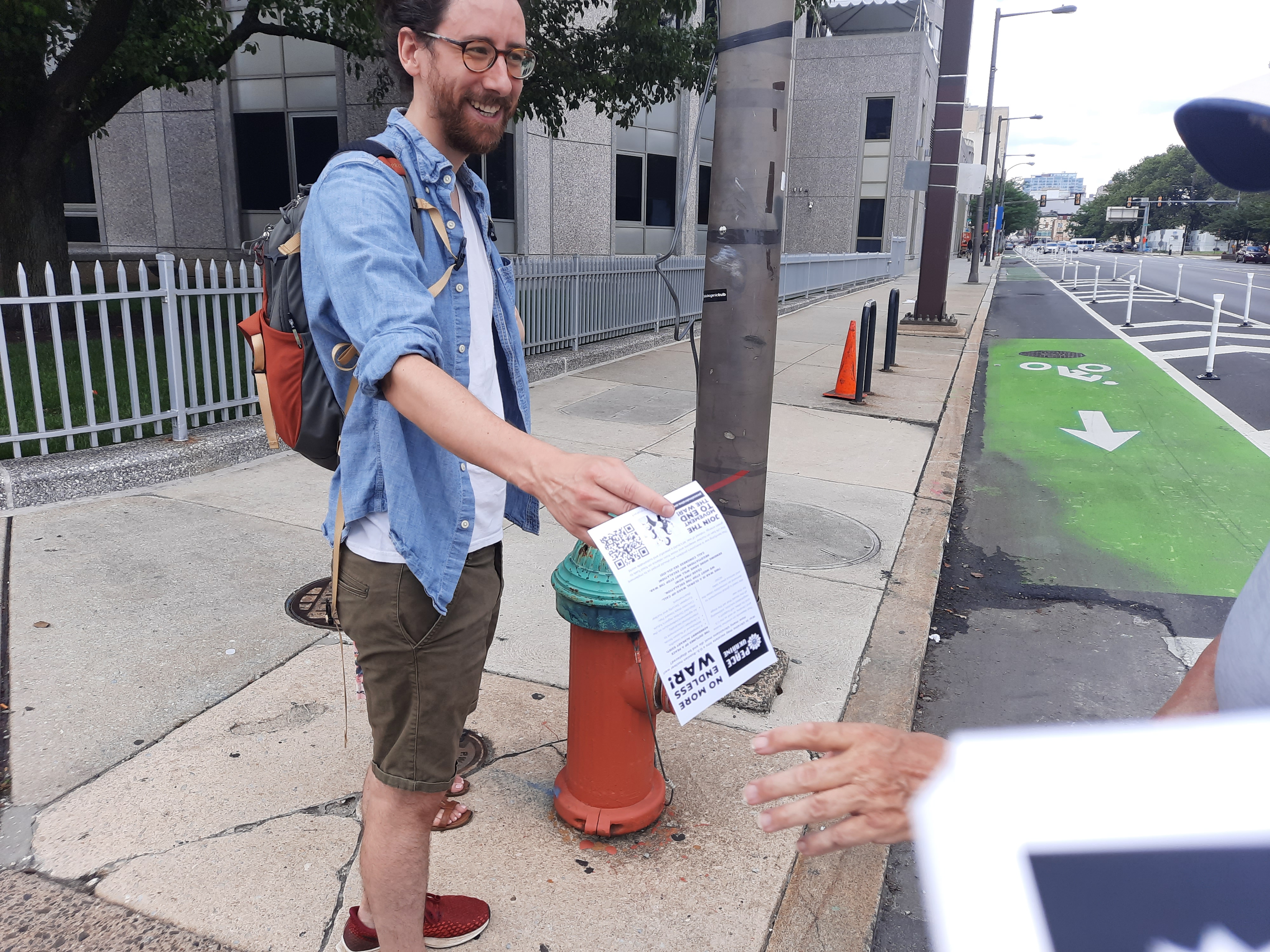 Stop the war! Save the climate! Fund the Green New Deal!

Veterans For Peace, Sunrise, Poor People’s Campaign and local BIPOC Green New Deal Internship program rallied outside a farmers market, petitioning and distributing flyers calling on the US to negotiate an end to the war immediately, focus on climate and fund a green new deal. 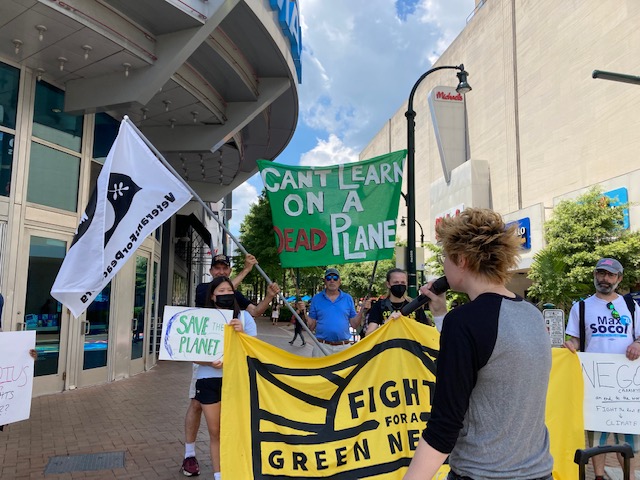 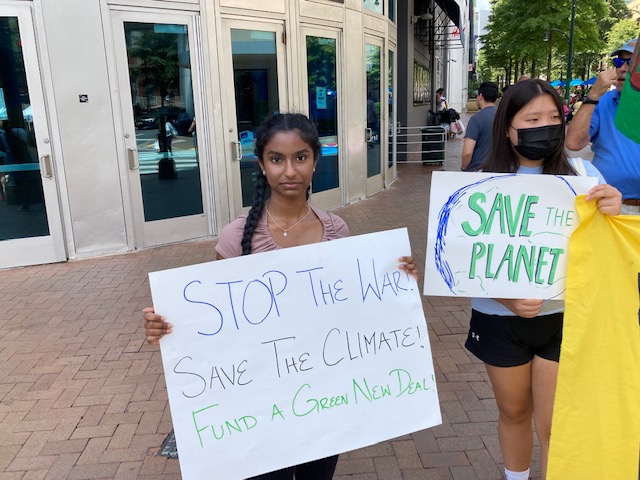 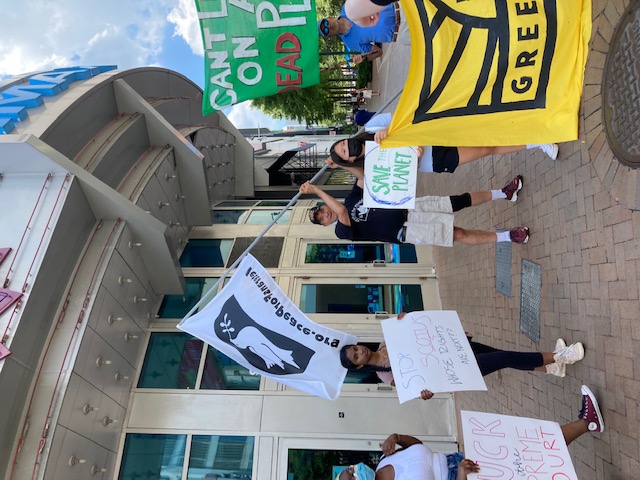 Cherill Spencer of the Women's International League for Peace and Freedom tabled at the farmers market and
distributed  half-page flyers on how to attain peace in Ukraine. She called out to passerby:
"Ideas for how to stop the war in Ukraine"
"Sending more weapons to Ukraine isn't going to stop the war"
"Find out who is making money from the $40B we just sent to Ukraine" 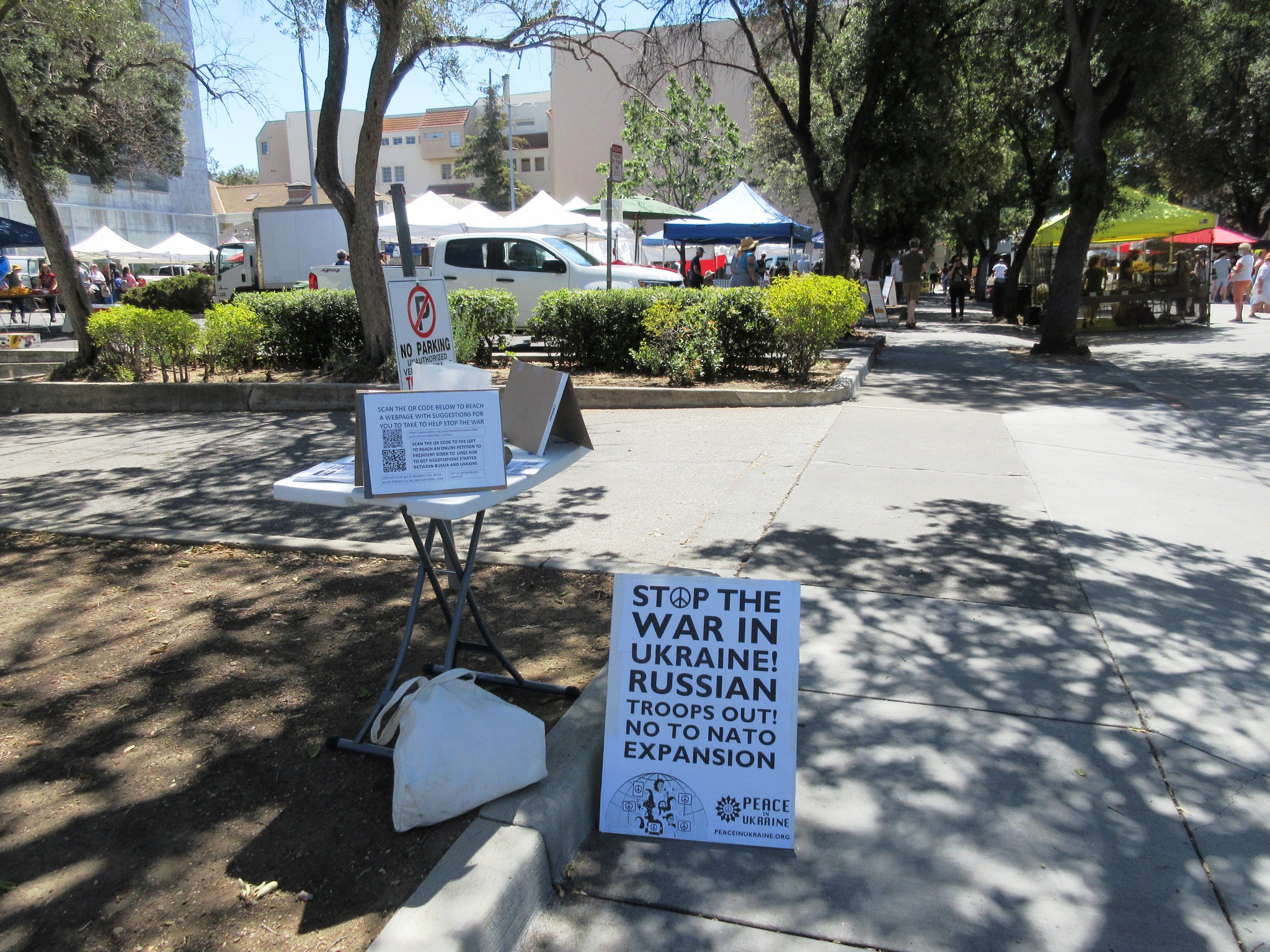