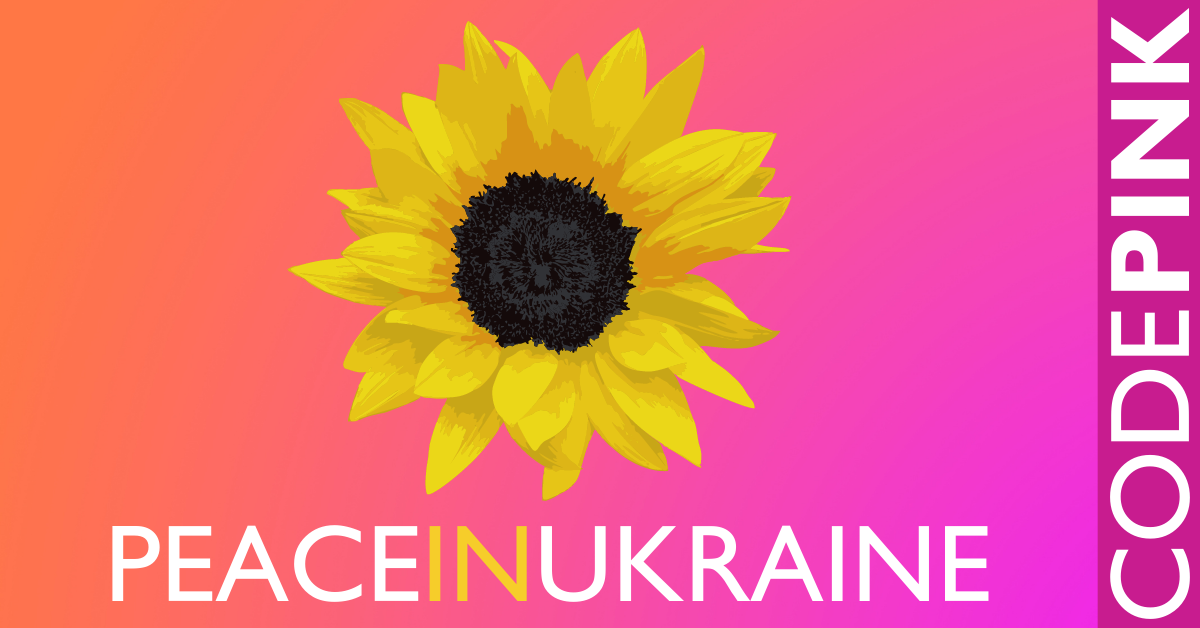 WHO:  Maryland Peace Action strongly condemned the Russian invasion of Ukraine. The group opposes the use of naked aggression in Ukraine, and places like Iraq, Syria, Yemen and, sadly, so many others. It is time to put an end to wars of aggression as an accepted tool of statecraft. As with all wars, it is innocent civilians who will suffer the brunt of the violence, and with Ukraine, there will certainly be devastating humanitarian and displacement impacts.

The U.S. should push for a ceasefire and be prepared to contribute generously to humanitarian aid programs and to support displaced Ukrainians and other victims of this war. Negotiation, and diplomatic off-ramps, should be the number one focus as we work to end this conflict and keep it from spiraling out of control. We must make it clear that the war in Ukraine is a disaster for the people of Ukraine and a terrible threat to us all, including increasing the danger of nuclear war

WHAT:  Volodymyr Zelenskyy, the Ukrainian president, called on the global community to speak out in unison against Putin's attack: "Come from your offices, your homes, your schools and universities. Come in the name of peace." In a video address, posted on social media, he added “Come to your squares, your streets. Make yourselves visible and heard." No to War in Ukraine; and Yes to Negotiations and Peace. Unfortunately, the indiscriminate attacks on civilian areas and strikes on protected objects such as hospitals continue. The Russian military has shown disregard for civilian lives in using inaccurate ballistic missiles in densely populated areas. Members of Maryland Peace Action want to show solidarity with the brave Russian people speaking out against the invasion and members of the Ukrainian community, including the parishioners of St. Michael Ukrainian Catholic Church.


WHY:  This dispute between Russia and Ukraine and by extension NATO must result in a ceasefire as soon as possible.  All diplomatic efforts must be pursued. For example, the United States could issue a declaration of a moratorium on Ukrainian membership in NATO for a period of 20 years. The Biden administration could remove US nuclear weapons from Europe.  And finally, negotiations should take place regarding nuclear weapons disarmament.  The United Nations must use its influence to convince Russian authorities to negotiate a cease fire with the Ukrainian government. The United Nations and humanitarian partners are committed to staying and delivering assistance and protection to the people of Ukraine. Maryland Peace Action members’ thoughts will continue to be with the people of Ukraine as they suffer the brunt of Russia’s violent aggression.  This mindless war makes the point that there is a need for a global movement for peace that can stop these wars, whether they are in Ukraine, in Yemen, or anywhere else in the world. Our actions will continue to influence our government to play a positive and peaceful role in this crisis.