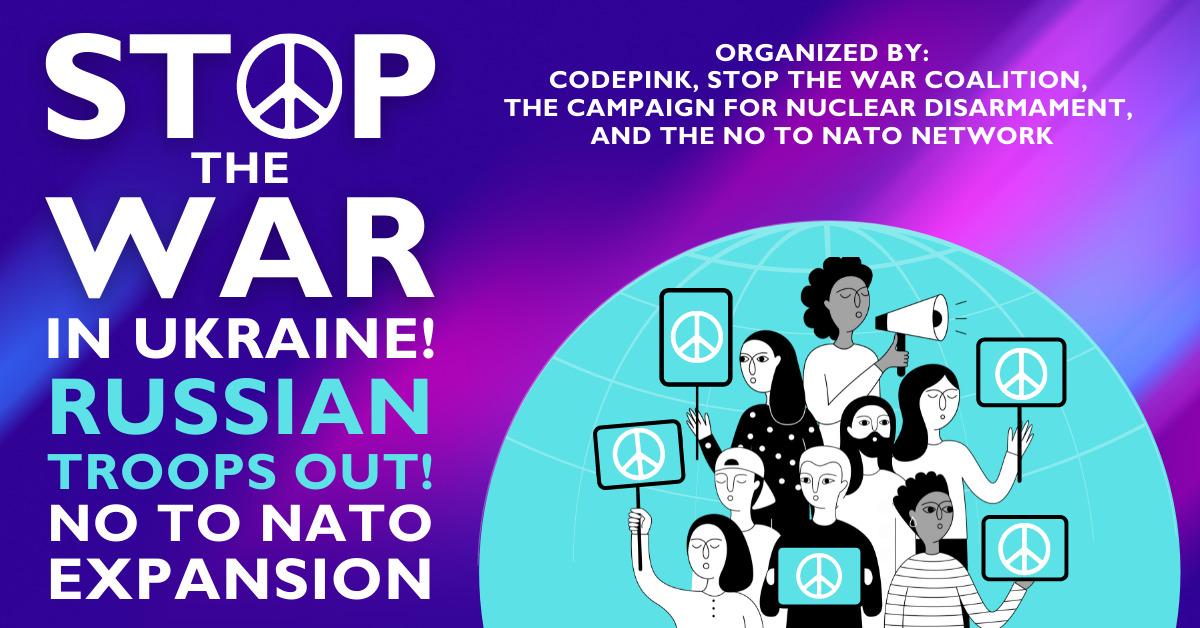 An international zoom rally on April 9 organised by the international Peace in Ukraine coalition, attended by over 1,000 people, called for two days of protest and campaigning against the war on May 7, and again on June 25, days before the NATO summit in Madrid.

We call for the withdrawal of Russian troops, an end to the military escalation by the NATO countries, and for all efforts to be focused on finding a negotiated solution to this terrible war which risks nuclear escalation.

We are asking all anti-war organisations, progressive groups and concerned individuals to come together to organise protests, public meetings and petitioning sessions on these days as part of an international day of action for peace.

Our coalition includes local, national and international groups across four continents presenting a unified response by peace-loving people around the world to say No to War in Ukraine; Yes to Negotiations and Peace. Join us in the streets!

Massachusetts-based groups are invited to endorse and help build this event.  Join an organizing call on Wednesday, April 27, 5:30pm;