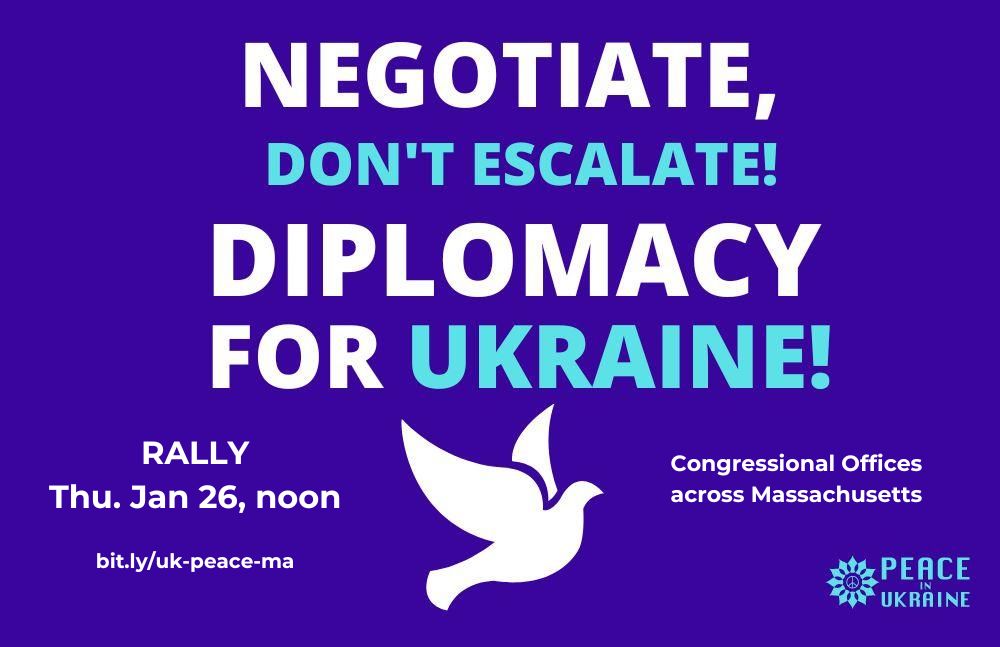 Rally at Congressional offices for peace in Ukraine.