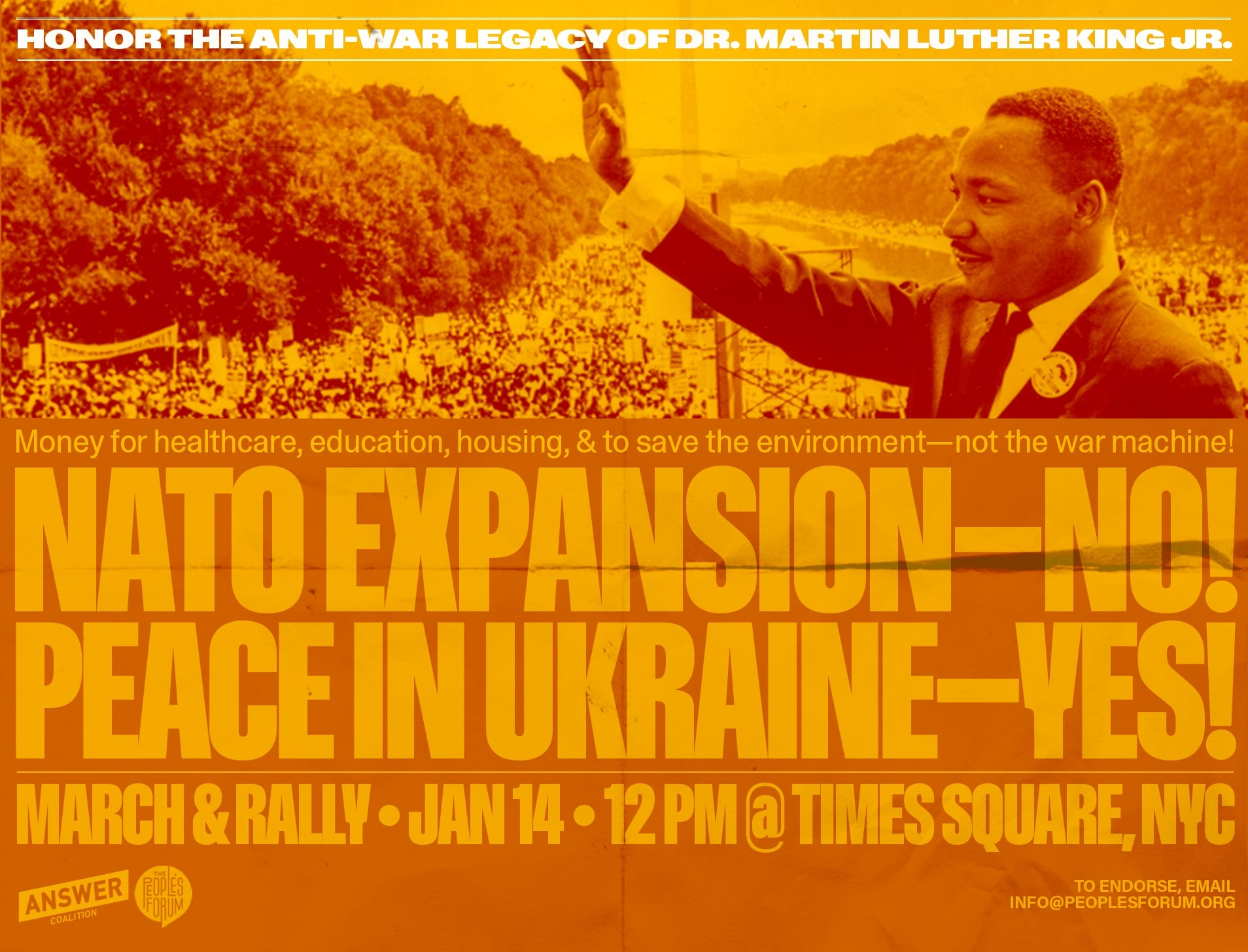 People from all over the region will be converging on Times Square in midtown Manhattan to honor the true anti-war legacy of Dr. King. In the last year of his life, before an assassin’s bullet took him, Dr. King was organizing all around the country against what he described as the “Three Evils” of our society: militarism, racism and poverty. Honoring Dr. King in a meaningful way means to build an ever stronger movement for peace and against social and economic injustice. This must include using society’s vast resources to fund healthcare, housing, education and to save the environment – rather than the bloated war machine.