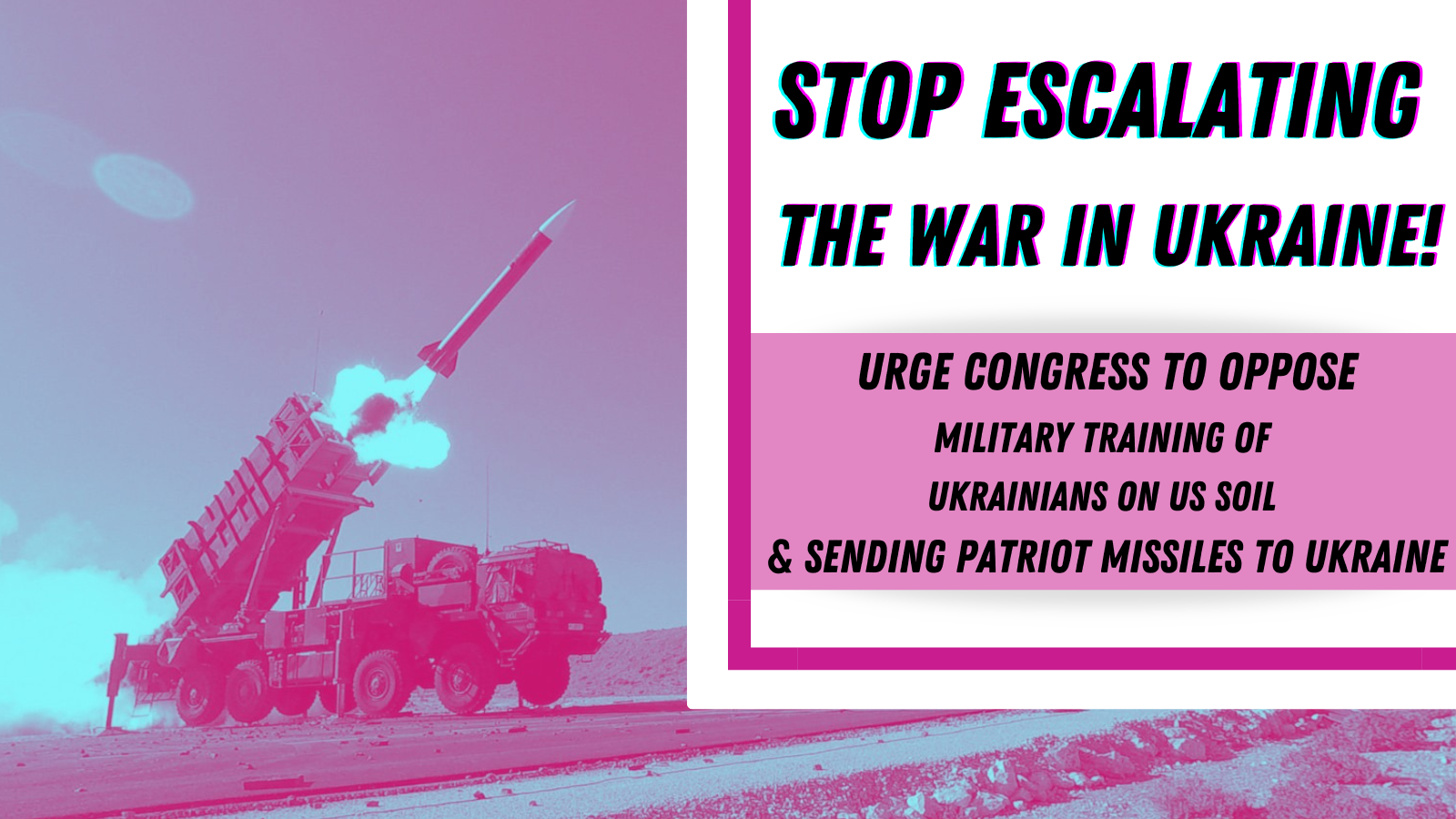 The US has budgeted an estimated $60 billion for weapons and military training for Ukraine. Half of that money will fill the coffers of military contractors. Meanwhile, over 30 million people in the US are food insecure and 100 million are steeped in debt.

Rather than bring Ukrainian troops to the US to train for a year on an expensive weapons system, the White House and Congress should demand a ceasefire, diplomacy and a weapons freeze.

Write a letter to your representatives to oppose sending Patriot missiles to Ukraine, as well as the training of Ukrainian troops on US soil.